December 19, 2022 |
By Jake Barnes, Midwest Territory Manager
Sign up and get updates sent directly to your inbox.

Once seen as a rusty after-thought of a long-ago powerhouse steel industry, throughout the last decade Pittsburgh, PA has reinvented itself as a creative and innovative hub in the Allegheny river region of the Midwestern U.S. With a booming economy and rapidly growing population, it could be a great time to invest in Pittsburgh.

Smart real estate investors usually have a good understanding of the markets they’re investing in (or diversifying into), so we’ll be taking a look at:

All data is collected and assumed accurate as of October 30, 2022.

Pittsburgh’s population is expected to grow by nearly 11% in the next five years, in large part to the growth and innovation of its top industries. The city is home to some of the world’s leading healthcare and research institutions, such as the University of Pittsburgh Medical Center (UPMC) and Carnegie Mellon University.

In 2021, the Allegheny region secured more than $3B in capital investment, with the majority coming from companies planning to add or retain employees, and additional plans related to infrastructure and real estate developments.

Other major employers in the Pittsburgh area include:

Several large freight transportation enterprises also operate in Pittsburgh, including CSX and Norfolk Southern (railroads), as well as the Port of Pittsburgh, which is the 17th busiest port in the U.S., and the 2nd busiest inland port. The Pittsburgh International Airport (PIT) cargo service also provides airline shipping services.

More than 45,000 Pittsburghers work from home which is a significant increase from pre-pandemic days. About 46% drive to work, which is lower than many other comparable cities where about two-thirds of the residents drive themselves to work. Despite being a smaller midwest city, Pittsburgh actually offers good public transportation which many residents take advantage of.

Throughout the city of Pittsburgh and Allegheny County (and the entire U.S.), median household incomes rose by about $4,000 in the past two years with consumer prices increasing even faster.

Additionally, 20.2% of Pittsburgh’s population lives in poverty conditions, significantly higher than the national average, with a 5% increase of residents living at or below poverty levels since the start of the pandemic.

Pittsburgh’s higher education institutions are a major part of its economy, providing employment to thousands of residents in the city and MSA, as well as attracting professors, researchers, and students from around the globe. Additionally, Pittsburgh’s public school system is considered one of the best in Pennsylvania.

Real estate everywhere is a little “weird” or uncertain right now. However, the Midwest is generally a very affordable place to live, and Pittsburgh is no exception. Other things Pittsburgh residents are looking for, besides affordable housing include: “two-car garage,” “large lot,” “fenced yard,” “rental house,” “open floorplan” and “modern kitchen.”

Brookline
Brookline is a quiet neighborhood southwest of downtown Pittsburgh. The median house price is $200K, which is trending upward 11% year-over-year. The neighborhood hosts all the amenities residents need with grocery stores, restaurants and coffee shops, pharmacies and several community shops.

Mount Washington
Mount Washington is a mainly residential neighborhood that runs along one of Pittsburgh’s three rivers, with beautiful views of downtown from some streets and homes. The southern reach of the neighborhood has several parks. The median house price right now is $285K, with homes as low as $40K and others over $1M. Its quiet stature and easy access to highways and downtown make this a desirable neighborhood.

Greenfield
Greenfield is just south of popular neighborhoods such as Oakland Square and Squirrel Hill, as well as Phipps Conservatory and Botanical Gardens, but separated by a highway. However, this still makes the commute to work convenient. The median home price is currently $263K, and the neighborhood is popular with first-time home buyers.

Looking for funding for your Pittsburgh-area rehab or build? Apply for fast, reliable funding today. We’ll get back to you within 24 hours. 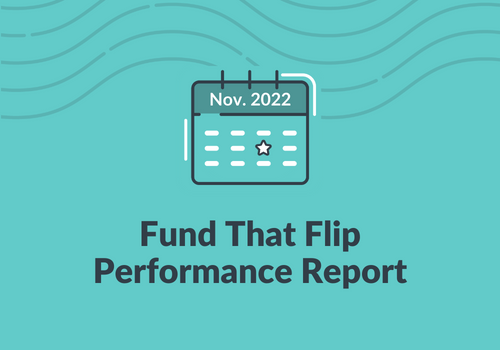 Enter your e-mail below to subscribe to our free educational newsletter.
© Fund That Flip 2023.